We are the original producer of this video. Your purchase supports the production of new videos! See our catalog of lectures at http://www.IslamOnDemand.com

The tribulations facing the ummah should not cause despair, because Allah has said that He "will not change the condition of a people until they change that which is in themselves". This statement suggests that we have the ability to make a difference by doing "house-cleaning" within ourselves. As this process of tajdid (the revival of Islam) can be overwhelming, we may be confused as to where to begin. This lecture provides the foundation for this monumental task by referencing the work of a 20th Century scholar named Muhammad Al-Ameen Ash-Shanqeeti. This West-African scholar provides ten great issues upon which the entire world revolves that Muslims need to be aware of if they are to begin the much needed task of revival. Other topics discussed: native Indian/African history in America, the movie "The Siege", social issues and peer pressure, Western influences on the Muslim world, the Taliban in Afghanistan, Imam Quick's acceptance of Islam, movements in prayer, Allah ordaining five hundred prayers a day and then reducing it to five, signs of the last day, being proactive before the tribulation, Muslims stereotyping other people, telepathic communication, how colonizers succeeded in conquering native Indians, stereotyping in the media, and whether shia are considered Muslim. (Duration: 1 hour, 27 min) 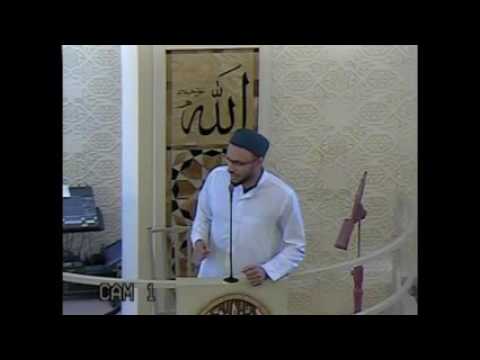 Why Is Allah TESTING us SO Much? | Powerful Words - Brother Noah
07:07